Loving You All Back

I was out early this morning, driving into this "historical Nor'Easter" that was advancing faster than predicted and already making slippery roads with the accumulation of several inches of downy snow.  I needed staples for a fish chowder, coffee and the half and half I can't live without when I have coffee.  A few little errands before hunkering down for a major, Maine snow storm.

Driving home I suddenly thought of my blogs closing sentiment of "loving you all back". As my mind took off in various directions with this thought, I wondered if it comes off as flippant for those who may be joining the blog recently versus those who have followed it from the beginning back in January 2009.  Back when we first learned of Jim's diagnosis and we began the cancer dance.

So, I am wanting to explain just what "loving you all back" means to me and why I'm still using it.

When Jim was diagnosed with the grade 4, glioblastoma, our good friend, David Puelle, set up a Lotsa Helping Hands website.  He told me it could be a place where I could write things and keep Jim's large, caring community abreast of all that was going on, "this may keep you from having to say the same things too many times, Mary."  And thus the blog began.

This caring community of Jim's was huge.  I mean HUGE!  As I've said so many times before, as Jim's brain cancer ate away at all that he was and all that he was capable of doing he needed 24/7 care.  Our healthcare and resources did not allow me to find services that could help as I just couldn't afford them.

But friends stepped up.  The amount of love, care and assistance that we received during the 18 months that Jim fought so hard to live was, well, astounding!  For three days per week there were friends who came for either a morning or afternoon shift so that I could continue to work.  There were other shifts on the weekend that friends covered that allowed me to still go out for trail runs or bike rides, to do errands or to simply give me a few hours to stop and breathe.  There were friends who took over all the finances, the insurance quagmire, had dinners brought to us weekly, stopped in to visit and cleaned the house, swept the deck, took Ella for walks.  Neighbors who started to take the garbage out every week, shovel our walk, mow the lawn, bought and stacked cords of wood.  Friends and family who offered acupuncture at home for Jim, offered other alternative healing modalities.  There was "PT Dave" who worked endlessly with Jim and made home visits as well as helped to get Jim on a tandem bike so he could ride for five miles in a cancer fundraising ride called "Not Dead Yet"... and ran the entire time beside Jim's tandem!  Nancy T. who pulled together three ... THREE ... fundraisers for us and the owner of the bike shop, CycleMania, put up a bike for a raffle to help boost the funds.  Jim's professional friends who got a photo show up and running with gorgeous, framed prints.  It was an amazing photographic show of Jim's wonderful work .. and the auction of the framed prints were added to the fundraising.

And then there were all the people who came out for these events in order to see Jim.  All the people who were unable to be here daily but we knew they were there supporting us.  And so I blogged and kept over 300 people informed on Jim's condition.  And the emails, responses to the blogs, the cards, the visits from people across the country coming to help for a long weekend ... all of this was so overwhelming and the love that poured over and through us from this amazing community is, I believe, what allowed Jim to live nine months longer than any of his doctors predicted.

Thus, I would close all my blogs with, "loving you all back" ... because we were.  It was impossible to ever say thank you enough, impossible to ever repay all that was given to us in all these different ways. But at the end, when Jim was so compromised, he would look someone directly in the eye and you could see he was pure love.  People wanted to be with him because the love that flooded out of him was palpable.  And it was this love that I would try to voice through the sentiment of "loving you all back". 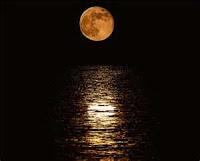 Today, when I write this still, I feel my heart fill a little more; expanding with this fullness and the memory of all this.

It's not flippant at all.  It's a full as a harvest moon.