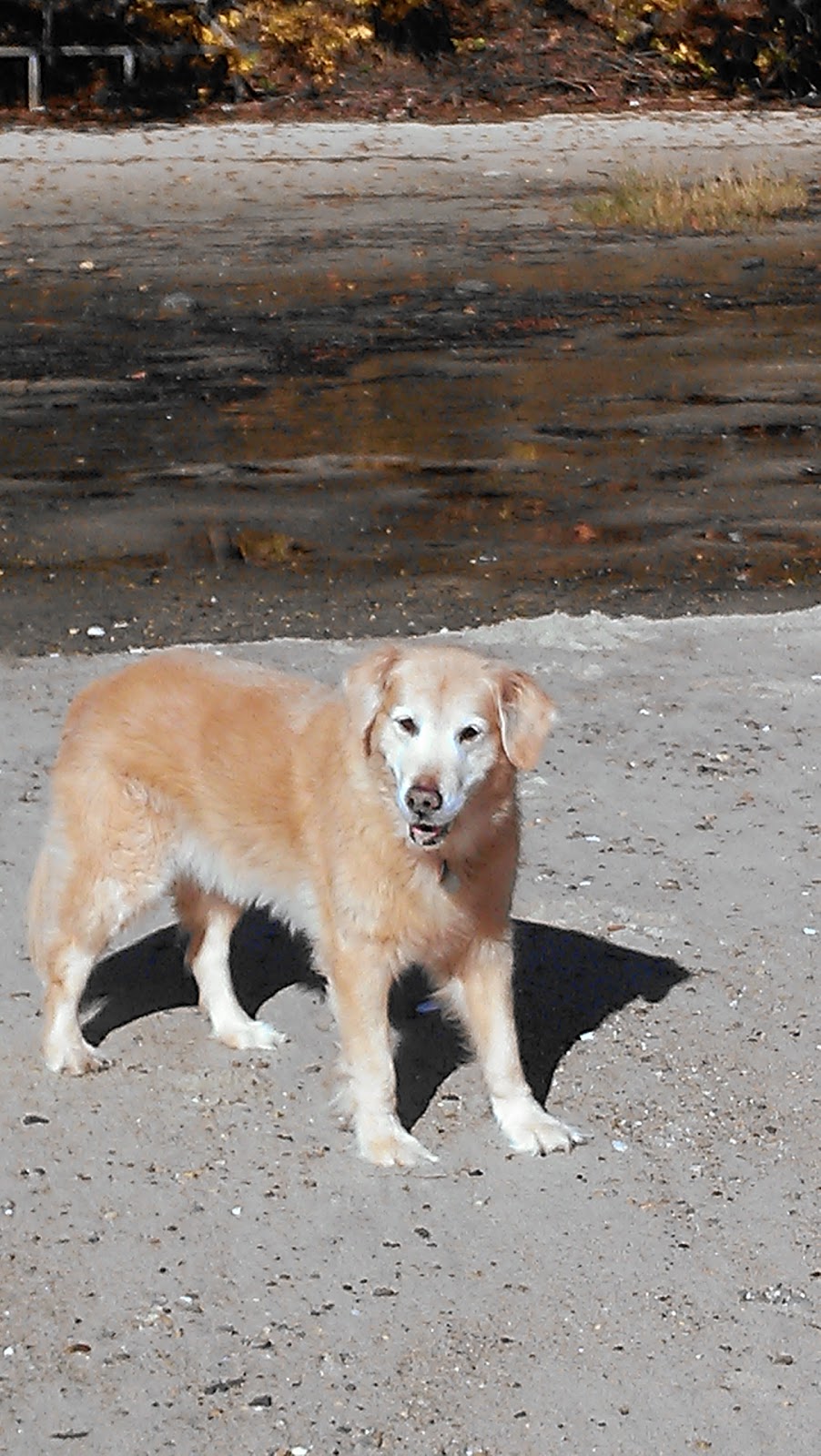 May 9th, 2014.  May Hill.  Even Ella couldn't climb this one.  What is it about May?  I find the month to be hopeful; snow is gone, daffodils are nodding their pretty yellow heads, trees are in full bloom and even showing that iridescent green of the new, tiny leaves. Why is this the month that beings who are close to passing ... do.

I took Ella down to her veterinary, Laurels,  this morning.  Back when Laurels gave me the diagnosis of cancer .. and a really good run down of how that tumor would behave over the course of the months, thus effectively preparing me well ... she had said, "Just call us.  No need for an appointment.  We will just get you in."  So when I called the receptionist precisely at their open time of 8:00 a.m this morning I was told that she would check for Ella's files and soon Laurels  was on the phone, "Mary, when can you be here?  I'll have the room ready for you."

I arrived for the agreed 9:40  "appointment" time.  The room was ready, which meant it had a puffy little dog bed covered with a blanket in the middle of the treatment room.  Ella walked right over to it and made herself comfortable.  If you've never gone through this process with an animal before it's really remarkably peaceful.  The term "putting her to sleep" is truly what it has looked like to me for the past three dogs.  Ella was no different.  At one point she did open her eyes a little wider and looked right at me, I leaned in closer, caressing behind behind her ears and told her I was right there, she was a good dog, it was all OK.  She relaxed,  closed her eyes and ... gone.

Though we know she was not asleep.  We did not put Ella to sleep.  I have decided to say that I "released" Ella today.  Released her from her body that was wracked with pain and cancer.  Released her to that other world where we all like to believe it's all just a little bit sweeter over there.

Over the course of these last few weeks I knew I was getting closer to the decision that I was going to have to make.  I would get down on the floor with Ella and hold her and she would make her little happy noises.  I would tell her, "when you're ready we'll call to Jim and he'll be there to meet you on the other side and he'll take you for a trail run!"  Several times she would look me right in the eye with a more intense gaze and I would say to her ... I promise!

On the hour long drive down to the animal clinic I was calling to Jim, asking him to be sure and fulfill this promise I had made to this little being, "and could you give me some kind of sign that you've heard me?  That you've followed through with this please?"  But the car remained silent save for Ella's panting in the back seat.

After Ella was released I thought I might get a coffee for the ride home, it was a rough night last night with her, I hadn't slept at all and I was concerned I would fall asleep with the drive home.   As I drove down the road I started to pass an area called Twin Brooks, where Jim, Ella and I spent many hours running the trail system of this area.  I found myself pulling into this parking lot and parking my car.  I headed out to an area that is far less traveled.  A friend had termed this section the "back nine" years ago.  It's now called "the wilderness trails" ... stretching the wilderness concept just a tad I think.  But I knew it would be quite and I'd have the trails to myself.

I've never walked these trails so I had never gone slow enough to see a beautiful little pine wooded glen with pools of water and the lush green of ferns and moss.  Just off the trails and down a small incline I stood gazing at this beautiful, serene spot.  As I stood there, looking down the slope into this darker woods, a small Coopers hawk lifted off in front of me and flew deeper into the trees.  I was drawn to follow.  It was so quiet and peaceful in there.  I sat on a soggy, vibrantly green, moss covered log and broke down into cleansing tears.  When I looked up that hawk was directly over my head.

This was the sign I had asked Jim to give me.  Jim had once told me of an amazing experience he had with a hawk while on one of his Buddhist retreats.  He knew after this event that the Hawk was his power animal.  Whenever I see hawks now I always say hello to Jim.  So here was this little wood dwelling hawk sitting there with me and had led me into this dark, private space.  I knew it was Jim confirming that he was with Ella and they were both fine.

That hawk sat there for the entire time I sat there.  When I finally felt the tears were spent I stood up and looked at this hawk.  I swear that eye blink was an eye wink ... or that's how I will remember it.  I winked back.  Threw a kiss of gratitude and walked out of the woods.

I have had to release a great deal in my life in a few short years.  I'm ever grateful to have known such love, in so many different forms.  And I'm eternally grateful I was able to limp home to someone who met me with open arms.  The task was mine alone ... but I realize I am not alone in this world now.  My original little family has left me.  But I have this new family that is branching and expanding and inviting and embracing me. 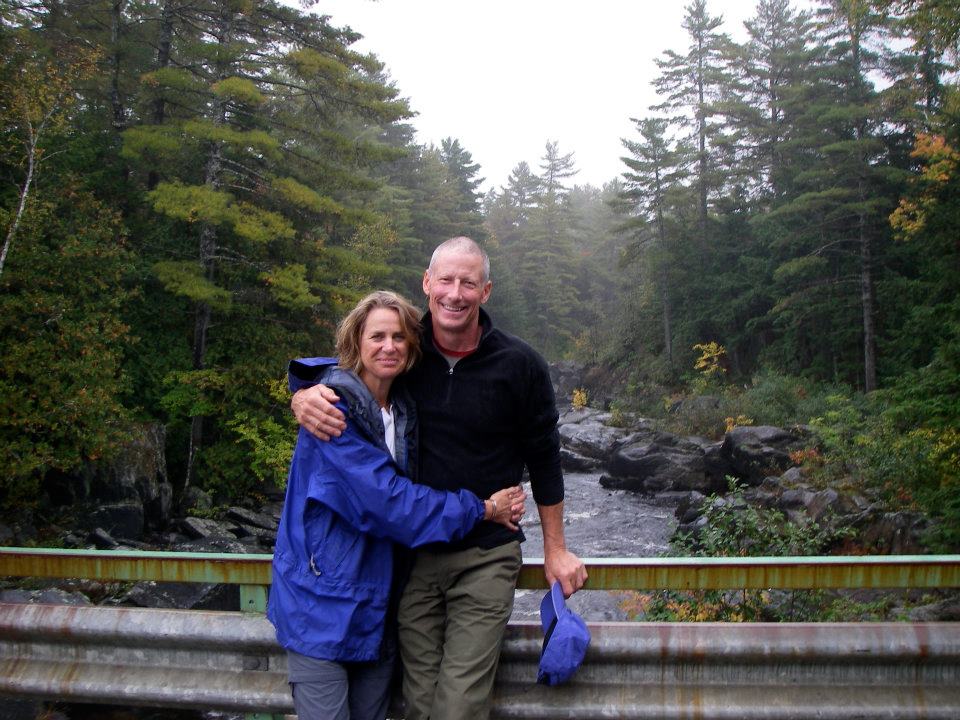 I am so blessed.