Beyond the Sky and the Earth

I dragged myself out to the power lines in the early, frigid morning because my old dog, Ella, was running helicopter-type circles yesterday.  With Ella as my motivation we braved the icy trails and the first kiss of dawn.

As the rising sun caressed the black clouds it set them to blushing around the edges ... and I got thinking about life and death.  My dentist, Alan, of 20 years was in my thoughts this morning.  When Jim and I first moved back to Maine Jim found this dentist office here in town and told me I should check them out as he really liked all the people in the office.  Alan became a friend and we witnessed him go through some pretty sad times in his marriage that led, ultimately, to a divorce that was equally as hard.  And then we started to see him "out and about" with his gorgeous receptionist, Diane, who had been working in that office since forever.  Alan began to shine, his happiness palpable.  Jim and I were very happy for him.

When Jim got sick Alan sent me an amazing card and he and Diane came to the first photo show of Jim's where they bought a couple of his prints.  When I agreed to take Jim in for a dental exam Alan was patient and kind with Jim, who was so sick, undergoing chemotherapy, unable to talk and had loss of his right side.  Frequently we would see Alan and Diane when we were out walking around the neighborhood and they would always stop and give us both big hugs.

I was told that Diane was found two weeks ago on her bed with her arms laid across her chest ... a massive stroke at 58 years old had killed her instantly.  And I'm shocked.  And my heart bleeds for Alan and that entire dental office.

On my run I got thinking about this fine line we all walk here on Earth; that fine line between being here and being there ... on the other side of the veil, on the other side and no longer of this world.  How fragile and hugely unknown each new day is.  A dear friend of mine who died from breast cancer 8 years ago after battling it for 6 years one day told me that in this fight of hers there were moments when she actually touched that veil and felt she might be drawn to the other side.  And after those times she had never felt more alive and willing to grab each moment in each new day.  But, she added, it was almost impossible to stay in that space for too long ... perhaps our simple human minds can't take in all that joy and must pay attention to the mundane of an entire day or week or month instead of the expanding joy found in a single, fleeting moment.

As I thought about this, about Diane, about Jim a family of six crows swooped and dove directly over my head.  Native Americans say that crows are the connection between this world and the next and that when they visit us we are to be reminded of the "Magic" and the "Mystery" that is all around us.  As I ran down the trail with this family over me I thought of this connection between that pink-laced brightening sky and this frozen earth I was running on ... or perhaps more about how we loose that connection with that beyond.

But I am constantly reminded to just be here now, to not engage in the petty or the mundane, to grab for the gusto and ride my life for all it's worth, to love deeply and fully all those around me who I do so love. This morning I told this new man of mine that I love him, beyond the sky and the earth.  This simple statement, used by the people of Bhutan to say thank you, says it best for me today ...  an expression of gratitude .... and of love .... one and the same.

Beyond that sky and this earth .... we can never know all that Mystery.  But I was reminded of it today and for a brief moment in time felt that connection.

February is all about red hearts, chocolates, flowers and romantic dinners ... for those who are in love.  And even though I am, in love, I did not expect or need to have the 14th be any kind of hoopla. How my perspective has changed!

Love - I certainly learned the depth and capacity of the love that I am capable of over the past 4 years.  If you had asked me if I loved Jim enough to do all that had to be done while he was sick I'm not sure I would have known what to say.  I'm not sure it's possible to know what you are capable of doing, or just how much love you can feel, until you are thrown ..... head first .... into the experience I was thrown into with Jim.  (As I read this I realize the two births I attended certainly was a 'head-first' wallop of intense, overwhelming love .... life and death.  Of course)

Even though the love increased ten times over - as our community surrounded us as well as the understanding that we had such little time together - the whole expressing of it took quite a different spin! 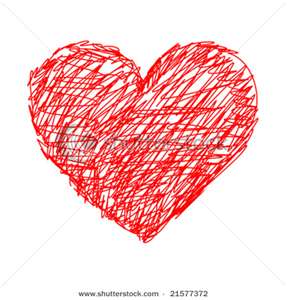 As I think back and remember the past Valentine Days the memories are pretty sweet. The one in '08, Jim was just finishing radiation, and a good friend found a little bracelet for Jim to present to me with a card that he scrawled a childlike writing on.  The bracelet was made with leather and since I never took it off it has since rotted.  But the little silver pendent that was on it with the word "devotion" inscribed into it still remains.  And the following year, when Jim was failing, a sweet friend from out of town sent dollars to my dear friend Jane with the instructions to "take Mary out to dinner!" ... and she did.  And on that Valentines Day I had a wonderful evening out with 3 other woman while their men sat at home with Jim.

This Valentine Day came and went with no big fanfare, no chocolate or presents.  And it was perfect.  The reality that I am capable of loving again; capable of being loved again is an amazing gift for me.  For this new presence is, truly and honestly, the best Valentines present I could have ever imagined.

Big Hearts.  I have been so blessed with a whole new perspective on just what that really means.

Loving you all back,
Mary
Posted by Mary Lello at 3:23 AM No comments: